Thanks Brandan for presenting an elderly lady who developed sudden onset headache, CN3 palsy, and  bitemporal hemianopia. She had a CTH that was unremarkable the day before, and a repeat CT found a large pituitary “mass,” and MRI was concerning for pituitary apoplexy! 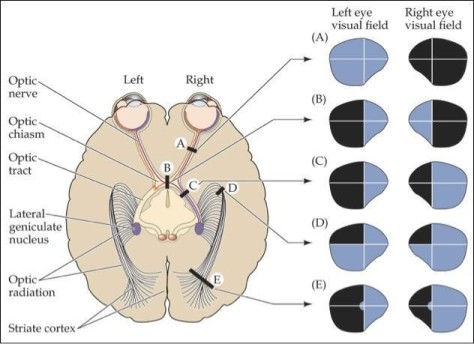 Please refer to this paper for a detailed read on pituitary apoplexy!

We presented a case of a 63yo M with 30-pk-yr tobacco use, HTN, HLD, and prior CVD 7 months ago presenting with acute onset vision loss of the left eye, described as “seeing through a black mesh with spots of clear vision.” His symptom lasted for 2 hours before gradually resolving on its own. His cardiovascular and neuro exam were unremarkable, and his fundoscopic exam was normal other some mild AV nicking (a sign found with long standing hypertension). Labs and imaging including CTA did not find any acute etiology. A MR of the orbit was also done without any abnormal findings.

Ultimately pt was diagnosed with transient monocular vision loss (TMVL) most likely secondary to an episode of TIA!

Common things being more common, the most common cause of transient monocular vision loss is ischemia/vascular related!

To DAPT or not DAPT?

CHANCE, a multicenter, randomized, placebo-controlled trial published in 2013 (Wang et al.) in the NEJM, revealed that DAPT within 24 hours after a TIA or mild ischemic stroke is beneficial in reducing 90-day stroke risk without an increase in bleeding complications vs aspirin monotherapy. This study was done in China with a patient population with higher incidence of undertreated modifiable risk factors and greater cerebral vascular disease burden, hence its applicability to an American patient population is unclear.

Then the POINT trial came along funded by the NIH, which saw the same benefit in DAPT after TIA/ischemic stroke but with increased bleeding risk compared to aspirin monotherapy.

Bottomline: CHANCE indicates 21 days of DAPT post TIA/ischemic stroke is helpful without increasing bleeding risk, and in POINT, 90 days of DPT is also beneficial but it increases bleeding risk. Per 2018 AHA/ASA guideline:

Thanks to Amran for presenting an interesting case of a 84yo M with RA on MTX & Prednisone, and an unspecified self-resolving total body rash 1 month prior to presentation, presenting with pain, redness, and vision in both eyes. Detailed fundoscopic exam was consistent with bilateral anterior granulomatous uveitis as well as retinitis, consistent with a panuveitis picture. Initial work up revealed RPR and EIA positivity, his HLA-B27 also returned positive but he has no other findings suggestive of spondylosing arthropathy. His vitreal centesis returned positive for VZV!

Let’s start off with a basic review of the eye anatomy: 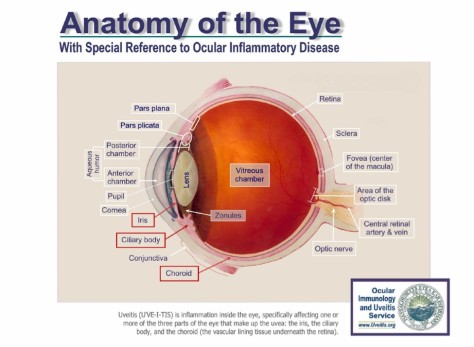 The Uvea consists of the iris, ciliary body, and the choroid. Uveitis is inflammation of any of these structures.

Uveitis can be further classified into granulomatous (presence of macrophages, multinucleated giant cells) vs non-granulomatous. A granulomatous uveitis is typically more likely to be an infectious process (although can still be idiopathic or Sarcoidosis).

Please refer to this previous blog post for more details on tertiary syphilis!

Thanks to Amran for presenting the case of an elderly woman with history of “transverse myelitis” 10 years ago who presented with b/l leg weakness, numbness, and tingling, found to have several spinal cord enhancements as well as optic chiasm enhacement on T2 FLAIR imaging concerning for MS vs NMO! 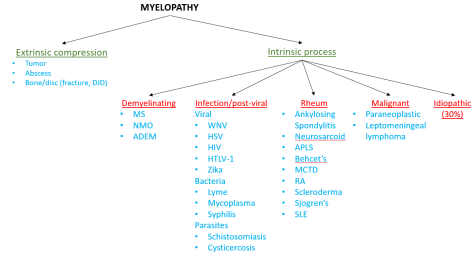 Demyelinating diseases that present with myelitis: 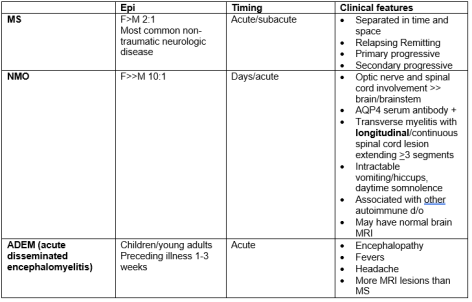 Thanks to Amit for presenting the fascinating case of a middle-aged woman with history of DM2 who presented with subacute onset of unilateral periorbital pain, L CN 6 palsy, and L otorrhea, with MRI findings of petrous apicitis consistent with the super rare Gradenigo syndrome!

Thanks to Arathi for presenting the case of a middle-aged man with poorly controlled diabetes who presented with blurry vision and ear pain, found to have multiple cranial nerve palsies, diagnosed with skull base osteo, septic dural sinus thrombosis, and orbital cellulitis!

Thanks to Joe fore presenting the case of a middle aged woman with a history of migraines who presented with acute onset of painless binocular diplopia, found to have an isolated CN3 palsy concerning for ophthalmoplegic migraine after an extensive work up. 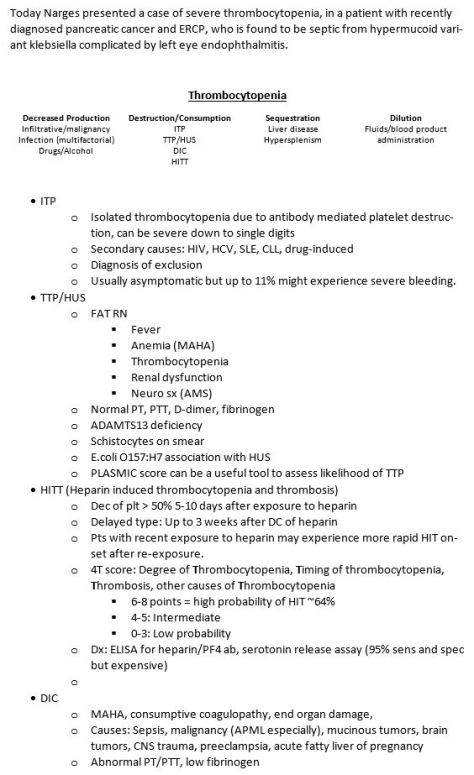 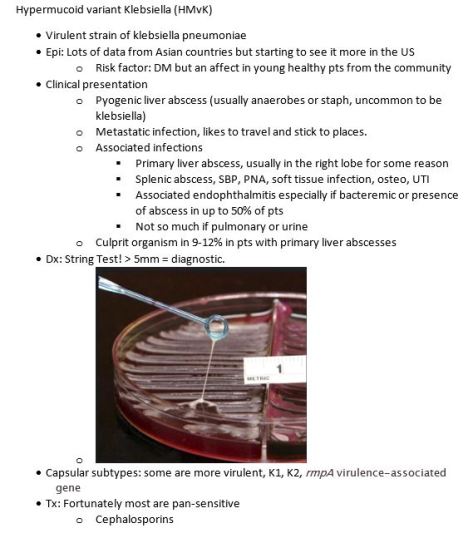 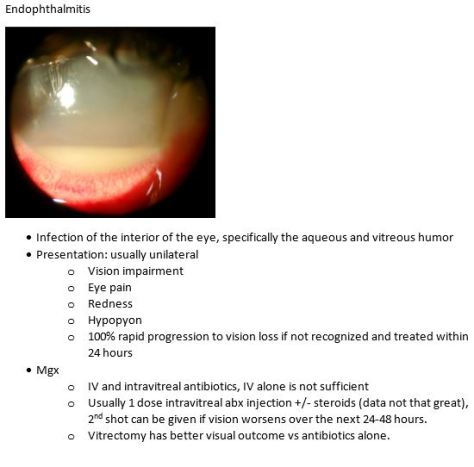 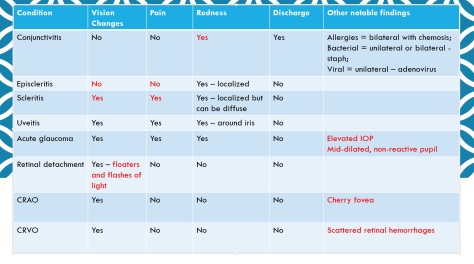 Poll of the Week